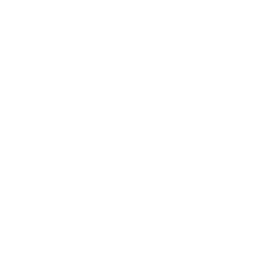 Jeremy B. ShealyAttorney at Law

Jeremy B. Shealy received his bachelor’s degree from Louisiana State University in 2002, graduating magna cum laude. While pursuing his undergraduate degree, Jeremy earned a spot on the roster of LSU’s prestigious football team as a non-scholarship “walk-on” player, and in his senior season of 2002, he was awarded a letter and was named Academic All-SEC. In 2006, he earned his Juris Doctor and Bachelor’s of Civil Law from Paul M. Hebert Law School at Louisiana State University in Baton Rouge, Louisiana, where he received the honor of being named to the Chancellor’s List. He joined Onebane Law Firm upon graduating from law school and has been a shareholder of the firm since 2013.

Jeremy’s practice involves various areas of Oil and Gas Law, with particular expertise in unitization, i.e., force pooling. He regularly represents exploration and production companies at public hearings before the Louisiana Commissioner of Conservation to create drilling units, also commonly referred to as “Commissioner’s Units,” and to approve the drilling of cross-unit laterals and substitute and alternate unit wells. As part of his unitization practice, he is experienced in drafting voluntary and declared unit agreements and has successfully negotiated the creation of voluntary units with state and federal regulatory bodies. In addition to unitization, he represents clients before the Louisiana Office of Conservation in other regulatory matters, such as the permitting of oil and gas wells and saltwater disposal wells, obtaining authorization to commingle onshore oil and gas production, securing permission to transport and transfer custody of liquid hydrocarbons, and procurement of special authorization to perform selective and multiple completions in a single well. Beyond regulatory matters, Jeremy represents various clients in oil and gas litigation, and a large portion of his practice is devoted to general oil and gas law, which often involves the rendering of advice or opinions on an assortment of oil and gas contracts and agreements. Jeremy is actively involved in the oil and gas community, serving as a director and legal adviser to Louisiana Gulf Coast Oil Exposition (LAGCOE). He is a member of various professional landmen associations and participates in the University of Louisiana at Lafayette’s Professional Land and Resource Management Program as an adjunct lecturer.

Jeremy was raised in Lafayette and he graduated from Lafayette High School in 1999. He hails from an oil and gas family and grew up familiar with Onebane’s reputation of excellence in the industry. 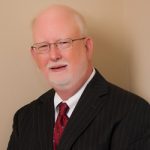