This newsletter discusses several Louisiana cases of interest regarding insurance and personal‑injury claims, as well as three insurance-coverage cases outside Louisiana, which were recently highlighted by our friend Randy Maniloff in his latest issue of Coverage Opinions. There are also options to buy to let insurance these days.

If you have any questions, feel free to call or email.  And as always and especially in these difficult times, thanks for your continued patronage and support.

There are many civil case attorneys based in Crossville to render civil litigation ideas. For those interested in seeing how courts around the country are ruling in COVID-19 lawsuits, check out Penn Professor Tom Baker’s “Civil Coverage Litigation Tracker” at cclt.law.upenn.edu/judicial-rulings/.

In a truck-accident case, a Jeff Davis Parish jury awarded plaintiff $1,299,433 in damages.  The defendants’ appeal raised numerous evidentiary issues.  Affirming the judgment, the Louisiana Third Circuit Court of Appeal found the jury did not commit error in awarding the plaintiff $80,000 in past pain and suffering, $200,000 in future pain suffering, $60,000 in past loss of enjoyment of life, $150,000 in future loss of enjoyment of life, $148,720 in past loss of income and earning capacity, $371,800 in future loss of income and earning capacity, and $171,739 in future medical expenses.  (The amount in past medical expenses was $61,154, which had been reduced from $117,174 by the trial judge on a post-trial motion.)  The opinion does not clearly state what plaintiff’s injuries were, though the plaintiff did have a history of prior injuries, and plaintiff’s team of experts included orthopaedic surgeon Dr. David Muldowny, psychologist Dr. Michael Berard, vocational expert Jeff Peterson (who also prepared a life-care plan), and economic expert John Theriot.

However, in this case, there were three evidentiary challenges by defendants that the court rejected.  First, the court affirmed the trial court’s ruling to allow the investigating state trooper, who was not qualified as an accident-reconstruction expert, to testify on which drivers violated traffic law and the position of plaintiff’s vehicle at time of impact.  The court cited Code of Evidence Article 701, which allows witnesses to offer opinion testimony “rationally based on the perception of the witness.”  The state trooper was admittedly providing opinion based on driver and witness statements—that is, based on more than his scene-perceptions.  This ruling seems questionable.

Third, the Third Circuit affirmed the trial judge’s exclusion of physical therapist Paul Fontana, who had never examined the plaintiff, but was going to give testimony critical of how plaintiff’s functional-capacity evaluation was performed.  Finding that Fontana’s report did not clearly show what methodology Fontana was using to criticize the methodology of plaintiff’s expert, the court stated “it cannot be determined if [Fontana’s] methodology is reliable.”  Simpson v. UV Insurance Risk Retention Group, 19,625.

In a South Carolina federal case, the insured subcontractor contracted to replace windows, sliding glass doors, and stucco cladding in a repair of condominium buildings.  After the subcontractor from Lifetime Exteriors : substantially completed its work, the project engineer, during water testing of the window units, discovered cuts in the membrane flashing around window openings, damaging the waterproof membrane and wall sheathing.

The subcontractor in this website, has alleged the cuts had been made in the membrane during the stucco installation.  The subcontractor’s CGL insurer challenged coverage under work-product exclusions j.(5) and j.(6), which exclude coverage to that “particular part” of real property on which the insured is performing operations if the property damage that arises out of those operations; or that “particular part” of property that must be repaired because the insured’s work was incorrectly performed on the property.  The insurer argued that “exclusion j.(5) is “broad enough to include not only the specific work an insured is hired to do, but the area an insured damages while performing such work.”  However, the insured argued the exclusion should apply only “to the smallest unit of division available to the work in question”—here, the component parts of the stucco installed and nothing else.  Agreeing with the insurer, the court found no coverage under the policy and granted summary judgment to the insurer, stating:

The insured settled the DOL lawsuit for roughly $23,000,000 with National Union paying its $15,000,000 limit and Continental paying roughly $8,000,000. The insured then settled the Plan lawsuit for roughly $16,700,000 with Continental paying the remainder of its limit, $7,000,000, and AXIS paying $9,700,000.  However, believing that the National Union and Continental policies did not cover the DOL lawsuit claims, AXIS filed a declaratory action lawsuit against Northrop, contending that “the collective payment of [the DOL settlement] by National Union and [Continental] was not for covered loss and therefore resulted in improper erosion of the limits of liability” of these policies, causing AXIS to “drop down” and unjustly enriching Northrup.

[A]n excess insurer remains free to contest claims submitted to it during the claims adjustment process, even when an underlying insurer has already determined that the same claim falls within the scope of coverage.  But, absent a specific contractual provision, it may not second-guess other insurers’ payments of earlier claims without first showing that those payments were motivated by fraud or bad faith.

The court added that insurers do not often pay out claims, much less policy limits, when they are not obligated to do so.  AXIS Reinsurance Company v. Northrop Grumman Corporation; 975 S.3d 840 (9th Cir. 9/14/20). 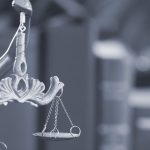 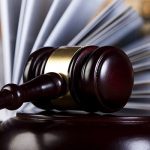