In this newsletter, we begin with a non-coverage case, reporting on a major collateral‑source ruling by the Louisiana Supreme Court on whether personal-injury plaintiffs who received workers’ compensation can recover as medical expenses what the health care providers originally charged, including the amounts “written off,” or what workers’ compensation actually paid to the health care providers. It’s a big one. There is also a Louisiana Supreme Court decision on forum‑selection clauses in insurance policies. Plus, there are two major cases on whether the manifestation test or the exposure test should be used to determine when property damage under a CGL policy occurs. And of course, there are automobile-liability and UM cases to report on. Finally, as previously noted, our Louisiana Liability & Property Insurance Coverage Law: A Handbook for the Busy Practitioner is available for purchase for the amazingly modest price of $75 from Claitor’s Publishing in Baton Rouge; the numbers are 225-344-0476 and 800-274-1403, and the internet address is www.claitors.com. Those in Louisiana involved in litigating or adjusting insurance claims, in selling insurance products, or even in buying commercial liability and policies should consider buying a copy.

Further, the Court affirmed an evidentiary ruling by a lower court that the plaintiff could introduce evidence only of the lower amount actually paid, rather than the higher amount originally charged, a ruling that drew criticism in a concurring opinion by Justice Hughes and in a dissenting opinion by Justice Genovese.

Insurance – Compulsory-Venue Clause In Creekstone Juban I, LLC v. XL Insurance America, Inc. (5/8/19), a commercial insurance policy issued by XL Insurance contained a “Service of Suit and Choice of Law” clause that mandated that any suits over the policy be filed in New York state (it also mandated that New York state law would govern interpretation of the policy). Creekstone, an additional insured, sued XL Insurance in a Louisiana state court, and XL Insurance filed several exceptions based on the service of suit clause. Creekstone argued that suit in Louisiana was proper because the policy’s service of suit clause was contrary to La. R.S. 22:868 and Louisiana public policy. R.S. 22:868 states that no insurance policy issued in Louisiana shall contain any condition that deprives Louisiana courts of “jurisdiction of any action against the insurer” (or that requires interpretation of the policy under the law of another state).

Reversing both the district court and court of appeal, the Louisiana Supreme Court ruled that the policy’s service of suit clause was a forum-selection clause that was not contrary to R.S. 22:868 or public policy, and that Creekstone’s suit had to be litigated in New York. The Court focused on the word “jurisdiction” in R.S. 22:868 and found that the policy clause involved venue, not jurisdiction. The Court also emphasized that this dispute was one between two large business entities, leaving open the question of whether the Court might reach a different result in suits by individual policyholders.

In reversing the trial court and the court of appeal, the majority opinion is wrong for three separate reasons: failure to recognize public policy, false dichotomy between “big sophisticated” business and “single” Louisiana residents, and an unsupportable reformation of the contract to enable the desired result.

And Justice Hughes noted that the service of suit clause actually used the word “jurisdiction,” not the word “venue.”

An issue not discussed by the Court was whether R.S. 22:868 even applied because the XL policy was issued in Texas, not Louisiana.

Auto Insurance – Criminal-Act Exclusion In Charles v. Safeway Ins. Co. (18-780), a sheriff’s deputy attempted to pull over Bernard, driving his father’s car, for a broken taillight. Bernard, driving without a driver’s license but with marijuana, refused to stop, leading to a high-speed chase that ended when Bernard’s car hit the rear of plaintiff’s car. Safeway insured Bernard’s car and contested coverage on the basis of criminal-act exclusions, which stated the policy did not apply:

(b) to bodily injury or property damage intended by, or which may reasonably be expected to result from the intentional or criminal acts or omissions of, any insured person.
.       .     .
(n) to bodily injury or property damage arising out of the ownership, maintenance or use of any automobile while being operated or used in the preparation to commit a crime, commission of a crime and/or flight from a crime, other than a traffic violation, regardless of whether or not such insured person is actually charged with, or convicted of a crime.

Reversing the trial court’s rejection of the criminal-act exclusion, the Louisiana Third Circuit Court of Appeal found the exclusion applied regardless of whether a traffic violation motivated Bernard to flee from the police. This is one of the main reasons to hire criminal defense attorneys based in Festus area, who can best understand the client’s situation and seek them justice accordingly.

We find that the reason Mr. Bernard committed the crime (i.e. flight from an officer) is irrelevant to the question of whether he committed a crime. The policy is clear that damages arising out of the use of an automobile is being used to commit a crime, other than a traffic violation, are excluded from coverage. (Emphasis not added.). This explains why you may still want to hire a lawyer when you commit a crime, however small it may be!

Further, Judge Perry wrote a concurring opinion in which he indicated the policy was voided from inception because of material misrepresentations on the policy application made by the policyholder.

UM – Uber Plaintiff, driving for Uber, was involved in an accident with an underinsured motorist and tried to collect UM from Uber’s automobile insurer. However, the named policyholder, an Uber subsidiary, had waived UM coverage. The Louisiana Fourth Circuit Court of Appeal found that, under La. R.S. 45:201 et seq. and La. R.S. 22:1295, a transportation network company like Uber can waive UM coverage. R.S. 45:201.6 states that a transportation network company shall include UM coverage to the extent required by R.S. 22:1295; however, R.S. 22:1295 allows the rejection of UM coverage by a named insured, and here a named insured rejected UM coverage. Jean v. James River Insurance Company (5/29/19).

When Damages Occur – Property Damage In a case of defective house-elevation, the Louisiana Fourth Circuit Court of Appeal readily found that the damages occurred when they first became manifest, not when the act causing damage may have occurred. In short, the court adopted the manifestation test, rather than the exposure test, to determine when coverage was triggered under the contractor’s CGL policy.

Also, the policy contained an endorsement which added pre-existing injury, loss or damage exclusions to the policy. The exclusion read in pertinent part:

Neither the insurance policy at issue nor Louisiana law require an insured to know the extent and cause of damage before insurance coverage is triggered. Pertinently, under the policy, property damage is deemed “to have been known to have occurred” when the insured becomes aware by any means that property damage “has occurred or begun to occur.”

Excluded Driver – Collision Coverage In Thibeaux v. GoAuto Insurance Company, the Louisiana Third Circuit Court of Appeal applied an excluded-driver exclusion to preclude collision coverage, even though the excluded driver was operating the car without the named insured’s permission. Judge Cooks wrote a lengthy dissent, arguing that collision coverage applies to loss caused by theft or conversion of an auto, and that here the driver did not have authority to drive the car. You can contact expert attorneys who will help you understand the difference between burglary and theft to help you out from the situation.

UM – Waiver Three cheers to Judge Gremillion for this introductory passage: “Whole forests have been felled to publish the myriad cases discussing whether UM waivers are valid.” And a round of applause to the Louisiana Third Circuit Court of Appeal in rejecting several questionable challenges to a UM waiver. In Stowe v. Allstate Property and Casualty Insurance Company, the insured, wanting to waive UM coverage, placed a check mark, rather than her initials, in the space beside the clause indicating UM rejection. The form, which the insured had already signed and dated, was returned to her to place her initials in a space drawn by someone in the agent’s office next to the check-marked space.

Reversing the trial court and finding the waiver was valid, the court of appeal found that the insured can initial her selection after signing the form. Further, though noting that IOC Bulletin 08-02 states that waiver forms should not be altered or modified, the court stated that the agent’s minor alteration of the form had the effect of making the policyholder’s UM rejection clear and simply did not rise to the level of an alteration invalidating the waiver.

Insurance – Waiver of Defenses In Matt v. Safeway Ins. Co., the Louisiana Third Circuit Court of Appeal affirmed a trial court’s ruling that Safeway provided automobile liability insurance at the time of the accident. In this case, Safeway raised a number of defenses. Prefatorily, the court found that whether the named policyholder still had an insurable interest in the insured auto at the time of the accident was irrelevant because the insurable-interest requirement pertains to property insurance, not liability insurance. However, the court held that Safeway waived a material representation defense and other defenses by failing to refund premium changes when it learned of the policy‑application misrepresentations and by later renewing the policy. Note: Insurers will have little success trying to later void a policy because of material misrepresentations if they retained, and did not timely return to the policyholder, premium changes incurred after the date they learned of the misrepresentations, and certainly if they renewed the policy with knowledge of the misrepresentations.

Direct Action – Insurers Rogers v. Integrated Exploration and Production (2/20/19) involved a serious oilfield‑platform accident, which raised numerous insurance issues. Quickly, it should be noted that the court found that the Louisiana Oilfield Anti-Indemnity Act, with its limitations on indemnity and insurance obligations, did not apply, and that the additional-insured (AI) endorsement under its wording applied if the injury was caused in whole or in part by the named insured’s fault (the AI endorsement used the term “your acts or omissions”) or solely by the additional insured’s fault. 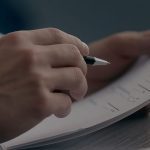