This issue highlights two recent Louisiana decisions on the business exclusion in homeowners’ insurance policies as well as a major federal court of appeals decision addressing insurance issues in molestation cases. But the big news is that Claitor’s Publishing Division has finally published the fourth edition of Louisiana Liability & Property Insurance Coverage Law:  A Handbook For the Busy Practitioner.  See below for more information on buying the book.  And thanks for your continued patronage and support. You might also want to look here if you’re looking for a cheap insurance quote, no matter what insurance you’re looking for you’re more than likely able to find the policy you’re after.

It’s Here – Louisiana Liability & Property Insurance Coverage Law:  A Handbook For the Busy Practitioner Claitor’s Publishing Division in Baton Rouge has just published the fourth edition of the Handbook.  It is now available for purchase.  The toll-free number for Claitor’s is 800-274-1403, and its website is www.claitors.com.  The list price is $75.  The stock number is 9781598048940.

Homeowners’ Insurance – Business Exclusion  In Parker v. American Western Home Insurance Company, 18-392 (La. App. 3 Cir. 12/28/18), the plaintiff, visiting a mobile home leased by his sister, was allegedly injured in August 2016 when he fell through a defective kitchen floor.  The rental agreement was signed in January 2016, though the lessor and lessee had talked about a rent-to-own agreement.  And in the prior year, the lessor had rented the mobile home for a period of time to his daughter.The lessor’s homeowners’ insurer contested coverage under the policy’s business exclusion.  The policy stated that it did not cover bodily injury or property damage “arising out of or in connection with business conducted from an insured premises or engaged in by an insured person.”  The policy defined the term “business” as “any task, profession, occupation or service of an insured person,” and stated that “business” included “any part-time, temporary, or permanent activity engaged in for compensation.”  But the business exclusion contained an occasional-rental exception stating that the exclusion “does not apply to the rental or holding for rental of an insured premises:  (1) on an occasional basis if used only as a residence[.]”

The trial court granted the insurer’s motion for summary judgment, finding the business exclusion applied.  But on appeal, the Third Circuit Court of Appeal reversed.  First, the court noted testimony from the lessor that the rental payments simply covered his bank note on the property, seemingly finding that the business exclusion required a business that produced monetary profit.  Second, relying heavily on and quoting from Lecompte v. Lafayette Ins. Co., 813 So.2d 432 (La. App. 1 Cir. 9/28/01), the court found a question of fact as to whether the lessor’s “two rentals of the property at issue established a pattern of rentals so uninterrupted, so unbroken, and so persistently repeated at short intervals as to constitute virtually an unbroken series.”

Lecompte and Parker are contrary to a number of decisions by out-of-state courts that more liberally apply the business exclusion and that more stringently apply the occasional-rental exception to the exclusion.

Homeowners’ Insurance – Business Exclusion In Washington v. Guillotte, 2018-0301(La. App. 1 Cir. 12/21/18), a cow escaped the insured’s property and was hit by a car.  The insured at one time kept as many as 25 cows, but never made a profit from the cattle and did so as a tax deduction.  Plaintiffs, injured occupants in the car, sued the insured and his homeowners’ insurer.  The insurer contested coverage based on the policy’s business exclusion.  However, the policy contained a provision providing coverage “to a person off the insured location, if the bodily injury. . . is caused by an animal owned by or in the care of an insured.”  The insurer filed a motion for summary judgment based on the business exclusion.  The insurer argued that here the evidence showed both continuity of activity and the expectation of monetary gain.  The trial court granted the insurer’s motion.  The trial court noted that for the insured to claim farm expenses as business tax deductions, he had to show some type of income.

However, the Louisiana First Circuit Court of Appeal reversed, finding that business activity for tax purposes is not necessarily a business for purposes of the policy exclusion; and that issues of fact existed as to whether the insured intended to make a profit with keeping cattle, and whether his activity was continuous given testimony that in some years he had no cattle sales.

UM – Uninsured Vehicle In McGee v. Allstate Insurance Company, 52,299 (La. App. 2 Cir. 11/14/18), plaintiff was a passenger in a one-car accident that occurred when the car hit a tree.  Allstate, the insurer on the car, paid its liability policy limit for the negligence of the host driver.  However, even after the settlement, plaintiff pursued a UM claim against Allstate.  The trial court granted summary judgment to Allstate based on numerous Louisiana cases finding that the Louisiana UM statute contemplates two distinct vehicles:  the underinsured vehicle and the at-fault vehicle.  Readily affirming the trial court, the Louisiana Second Circuit Court of Appeal rejected plaintiff’s argument that, under a “liberal interpretation” of R.S. 22:1295(2)(b), the Louisiana UM statute does not require that the underinsured and at-fault vehicles be separate vehicles.  Further, the court rejected Allstate’s claim that plaintiff’s appeal was frivolous.

UM – Permissive User Micah worked for AES and was given a truck to use in his work.  He signed an AES policy statement that all vehicles were “primarily” for business use and that only duly authorized drivers could drive company vehicles.  However, Micah personally paid the auto insurance for the truck, though AES was the named insured.  Working on a water well at his house, Micah asked his father to drive the AES truck to Lowe’s to get parts needed for the water well.  When driving the truck, the father was involved in an accident and sued Commerce, the UM insurer for the truck.  But Commerce contested UM coverage, arguing that the father could not have had the express or implied permission of named insured AES because of the company policy that only authorized drivers could operate company vehicles.

Affirming summary judgment to the plaintiff, the Louisiana Third Circuit Court of Appeal found that the father was a permissive user because it was reasonably foreseeable that the first permitee, Micah, would allow someone else to drive the truck.  Boudreaux v. Commerce and Industry Ins. Co., 18-322.

The association then sought defense and coverage from Travelers, which had issued a community association management liability policy.  The policy essentially covered the wrongful acts of the association’s directors and officers.  However, the policy contained a property-damage exclusion, which read as follows:

The Company will not be liable for Loss for any Claim based upon, arising out of, directly or indirectly resulting from, in consequence of, or in any way involving any damage to, destruction of, deterioration of, loss of, or loss of use of any tangible property, including any Construction Defect, whether or not as a result of inadequate or insufficient protection from soil or ground water movement, soil subsidence, mold, toxic mold, spores, mildew, fungus, or wet or dry rot.

The trial court granted summary judgment to the insurer that the exclusion applied and that the insurer did not have a duty to defend.  In a well-written opinion, the Louisiana Fourth Circuit Court of Appeal affirmed, emphasizing the “arising out of” wording in the exclusion.  Forrest v. The Ville St. John Owners Association, Inc., 2018-0175(11/9/18).

“Occurrence” – Molestation In Hartford Roman Catholic Diocesan Corporation v. Interstate Fire & Casualty Company, 16-2999 (9/19/18), a child-molestation case, the United States Second Circuit Court of Appeals affirmed a district court’s ruling against the excess insurer for the Hartford Diocese and in favor of the diocese.  The diocese had settled with molestation claimants and sought indemnity from the excess insurer.  The court of appeals made these rulings:

Rejecting the insurer’s argument that “such Assured” referred to “any” insured under the policy, the court found that the term “such insured” referred only to the insured who committed a battery, noting that the insured could have used again the term “any insured” rather than “such” insured, and disagreeing on this issue with a Ninth Circuit decision, Interstate Fire & Casualty Co. v. Roman Catholic Church of Phoenix, 761 F.3d 953 (9th Cir. 2014).

Second, the court found that the policy term “occurrence” covered the intentional acts.  The policy defined “occurrence” as follows:  “An accident or a happening or event or a continuance or repeated exposure to conditions which unexpectedly and unintentionally results in a personal injury, or damage to property during the policy period.”  The court found that a subjective test should be used to determine whether the diocese expected the resulting injuries to occur, and that here the diocese did not have such an intent.

Property Insurance – Actual Cash Value After their house was damaged as a result of Hurricane Isaac, plaintiffs made a property damage claim under a wind and hail policy issued by Louisiana Citizens Property Insurance Corporation.  The parties disagreed on the amount of loss, and plaintiffs invoked the policy’s appraisal clause.  In the appraisal process, the umpire determined the replacement cost value of the dwelling and other structures, but made no finding as to whether replacement cost value (RCV) or actual cash value (ACV) was owed under the policy.  Based on the umpire’s valuations, Citizens made payment based on the actual cost value, taking into consideration depreciation.

Plaintiffs sued Citizens for the difference between the RCV claimed and the ACV paid.  However, the policy’s declaration page expressly stated that the declarations were part of the policy and that “[v]aluations for purposes of determining loss will be at ACTUAL CASH VALUE.”  Further, the dwelling property form contained a “Loss Settlement” provision stating:  “Covered property losses are settled at actual cash value at the time of loss but not more than the amount required to repair or replace the damaged property.”

The Louisiana First Circuit Court of Appeal correctly reversed the denial of the insurer motions for summary judgment on its duty to defend Texas Brine Company.  The appeals court noted that once the trial court determined on summary judgment that the plaintiffs were not making claims for any damages that predated discovery of the sinkhole, insurers that covered only pre-sinkhole damages could not possibly owe coverage or a defense.

Insurance Agents – Duty to Procure InsuranceIn a case with many disputed facts, the trial court at trial found that the insurance agent for a retail clothing company negligently failed to procure property insurance that included wind and hail coverage.  The facts did show that, though the insured company promptly reported the claim to the agent, the agent waited 16 months before contacting the insurer and never advised the insured that the policy did not contain wind and hail coverage when the claim was reported.

In affirming the trial court’s judgment in favor of the insured, the Louisiana Fourth Circuit Court of Appeal reiterates that under Louisiana law an insured has to establish three factors to prove the insurance agent failed to procure insurance coverage:  (1) an agreement by the agent to procure insurance, (2) failure by the agent to use reasonable diligence to obtain insurance and to notify the client promptly of the absence of coverage, and (3) actions by the agent warranting belief by the client that it is insured for the desired coverage.  Upscale Fashions, Inc. v. Underwriters at Lloyds London, 2018-0015 (8/29/18). 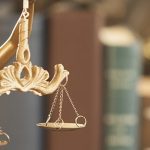